THIS BOOK IS COOL! — The Sequel

Summer 2021. Check! That’s a wrap. Yes, it’s 90 degrees outside today. Yes, it still feels like summer. Yes, this has been a summer like no other, and I can’t even tell you what the blockbuster movie of the summer was (and I’m a movie lover). But school has started, fall is approaching, and even more unbelievably, we have completed an even bigger and bolder Suncoast Summer Reading Challenge program that I’d like to call THE RETURN OF THIS BOOK IS COOL!, or maybe THIS BOOK IS COOL! – PART 2, or simply THIS BOOK IS COOL! – THE SEQUEL. Luckily, unlike most sequels, which, let’s face it, are often truly terrible and completely unnecessary, this second release (only the second year of this program, what?!) of THIS BOOK IS COOL! was even better than the original. That’s right! I said it. Better than the original! Eat your heart out Speed 2: Cruise Control. I’m looking at you, Kindergarten Cop 2.

What made this sequel so excellent and enjoyable when most others have epically failed despite huge budgets and celebrities? I’ve got a couple ideas: the immense generosity of The Patterson Foundation, the endless and irrefutable talents of the production team lead by Beth Duda, Kelli Karen, and Bill Wagy, 100 THIS BOOK IS COOL! webisodes, a couple of new cool webisode location-shoots, some spanking new high-quality books, an awesome activity guide, a phenomenal team of engagement members, five Family Engagement Nights, and if you are reading this, probably…YOU. Yes, with over 3,000 participants this year, we had a bunch of new stars! We received countless (often painfully adorable) photos and videos, and I had the deep privilege of seeing them all (okay, not all of them, but a LOT). Friends, these pictures and videos brought me so much joy that I’d like to share that wealth of happiness with you. As an old saying goes, a picture is worth a thousand words. So now, please get your buttered popcorn, turn off your phones (unless you’re reading this on your phone), and enjoy a look back at our summer 2021, THIS BOOK IS COOL! – THE SEQUEL, in pictures.

We opened strong. This was one of the first book distributions at Fruitville Elementary! This feels like a year ago, but it was May. 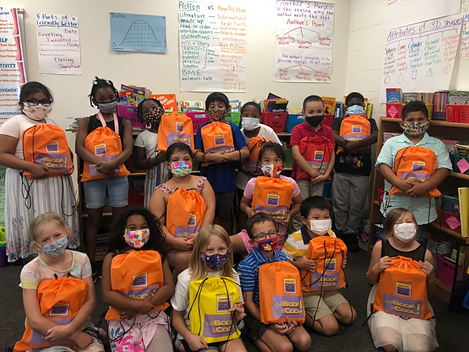 Week 1 was all about spreading smiles!

We really started getting into the activity groove in week 2! 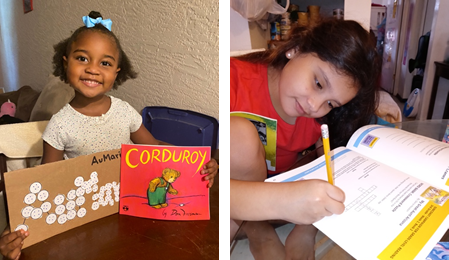 You all showed extra impressive creativity in week 3!

By week 4, it became clear that our sequel was definitely a comedy! 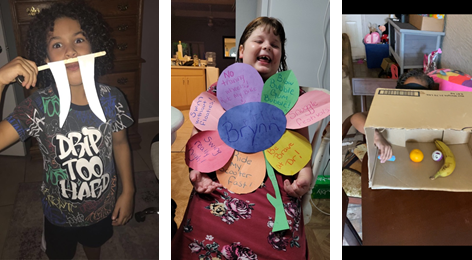 Week 5, and we’re at the mid-point, halfway through the program! Our plot picks up speed!

In week 6, you found some interesting spots and ways to read!

In week 7, you introduced some plot twists (or a spider’s web at least)!

By week 8, you were reading machines, and some of your friends and pets joined in!

By Week 9, your families had joined the cast!

Like all summer blockbusters, week 10 was a crowd-pleaser with a happy Hollywood ending!

Thank you for an unforgettable summer that critics have called “the best sequel since The Empire Strikes Back.” Just kidding, I’m the only one that said that, and though I’m not a critic, it doesn’t make it less true. So, see you next Summer for THIS BOOK IS COOL! 3. Yes, the title needs work, but together, we’re going to make this next sequel another summer blockbuster. Watch out James Bond (and your 26 films!). We’re coming for you!