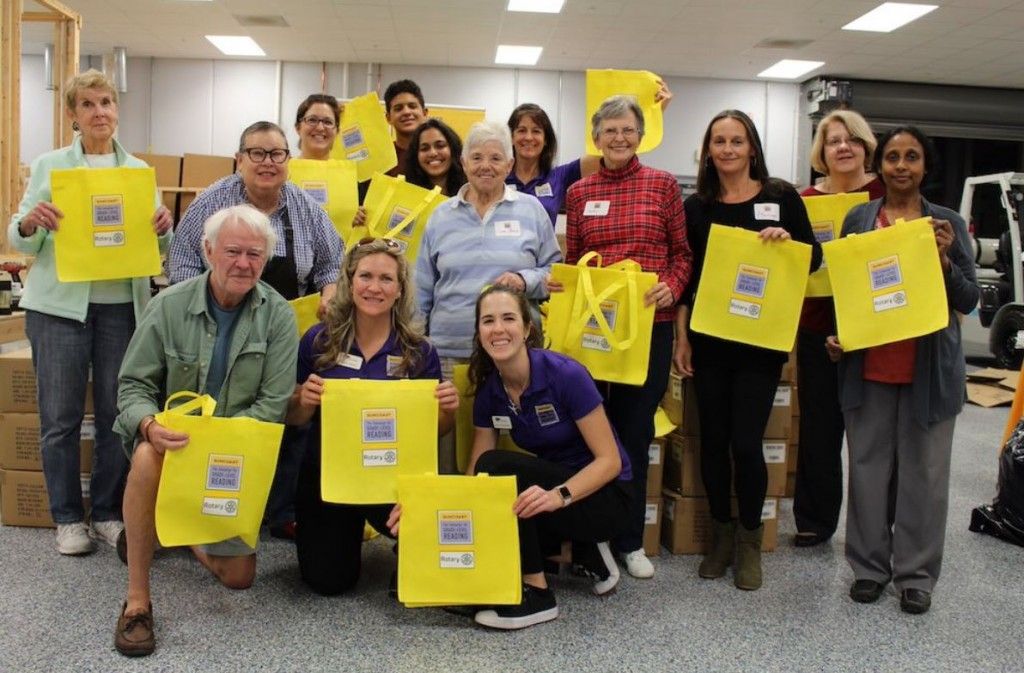 Once upon a time, in a land close, close by, named the Suncoast Kingdom, more than 5,000 children were getting ready to become kindergartners, the highest distinction for 4 and 5-year-olds in the Suncoast land. This new status would take them to live new and astonishing adventures in the knowledge castles. Their future started here.

All the villages in the Suncoast Kingdom were putting their hopes for a better future into these children, but they knew the kids couldn’t go far alone, they needed helping hands to achieve these high expectations. So the villagers became the Kindergartners Guard. Their duty, although it might have seemed simple, required hard work and commitment. The villagers were fearless to this labor, and they always put their heart to it.

At the beginning of each year when the Kindergartners Guard received their first task, they met every day for a whole week, from three in the afternoon to nine in the evening. The only aim in mind: fill sacks with magical objects that will give the children in the kingdom the tools they need to be triumphant kindergartners.

The magical objects were carefully chosen by the elders in the land who had seen the power these objects could have in the brains of the kindergartners-to-be. To the untrained eye, they might have seemed like ordinary, everyday objects – a scribble pad, crayons, an alphabet card, lower-case and upper-case magnetic letters, alphabet and color cards, and a book – but for those who understood all their powers, these objects were anything but ordinary. These materials would transform the children in the kingdom to achieve their highest potential, enlightening their minds, and setting them on a path to triumph in their first year at the knowledge castles and beyond.

To unravel the magical forces of these objects, the elders created a guiding map and inserted it into each kindergartner’s sack. However, these scrolls could not be read by anyone, only those with a genuine, caring heart for the children in the kingdom would be able to see what the scroll had engraved. All the wondrous tricks, plays, activities, books, games, milestones needed, and children’s gatherings happening in the land would be revealed to them. Mothers, fathers, and caregivers of the Suncoast Kingdom would then know how to use these objects and bring out their child’s brain powers to start learning.

After the long, but fulfilling week spent preparing and safeguarding these mighty sacks, the Kindergarten Guard was ready to visit every knowledge castle in the kingdom to deliver the thousands of sacks to parents who attended Kindergarten Readiness Days, the assembly to welcome incoming students and their families into the fellowship.

The assemblies were filled with enthusiastic faces, proud and grateful parents, eager teachers, and the Kindergarten Guard – fulfilled by the giant task accomplished and knowing that their work had only just begun. They would remain by the children’s side for as long as they needed them because it takes a village, and the Suncoast Kingdom was set to ensure every child lived happily ever after.