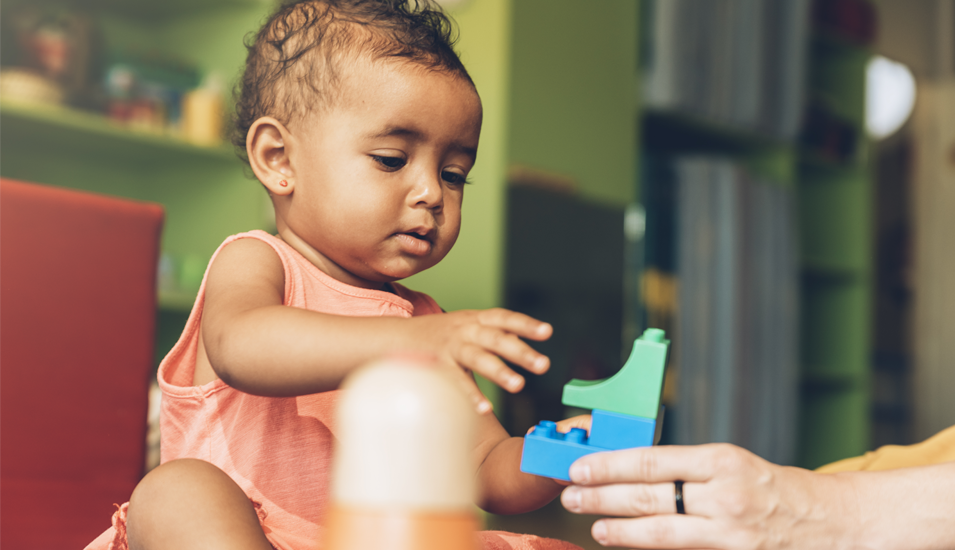 Mortgage, college tuition, and rent are common big-ticket items attached to adulthood, but childcare can rival any of them.

“There’s a lack of understanding that it costs a lot and why it does. We wanted to see where the money is going since early childhood teachers are some of the lowest paid workers,” said Simon Workman, director of early childhood policy with the Center for American Progress.

That’s why one year ago, he created “Where Does Your Child Care Dollar Go?,” an interactive, online tool that helps make sense of how child care center dollars are distributed.

It lets users adjust for things like teacher salaries and teacher-to-child ratio, state-by-state.

For a toddler, the annual national average hovers around $11,000 for base quality care and just less than $21,000 for high-quality care.

Seventy-three percent of employed parents that have at least one young child work full time, meaning parents will likely depend on childcare.

Given its necessity, in 2016 the U.S. Department of Health and Human Services set the maximum percentage of income a family should spend on childcare at 7 percent of total annual family income.

But according to the Data for Equity Research Brief, parents working full time and year-round would spend 10 percent of family income for full-time childcare.

Low-income working parents would spend more than a quarter of theirs.

With such high costs, how do parents being paid poverty wages make it work?

“It might be some Head Start, then parents run them to their grandparents or a friend,” Workman said. “The moving around adds a huge element of stress since it’s interrupting their work day and may hold them back from opportunities to grow in the workplace.”

Meanwhile, the care they have access to may not be high-quality.

“They can be kind and caring, but to really harness the power of early development, you need someone who understands the importance of the first years,” he said.

Poor quality care could lead to learning gaps in the classroom as early as kindergarten.

“Differences in cognitive ability are evident at just nine months old and without access to high-quality child care, the gap just continues to grow. Waiting until kindergarten is losing the opportunity to start supporting children’s potential,” Workman said.

It also takes a toll on parent potential.

According to a report by the Center For American Progress, in 2016 about 2 million parents of children aged 5 or younger had to “quit a job, not take a job, or greatly change their job,” because of inadequate access to child care.

The topic will also likely play a bigger role in the 2020 presidential election on both sides of the aisle.

“Childcare is what enables parents to go to work. It’s a cycle. It’s not just a parent issue, it’s an economic issue,” Workman said.