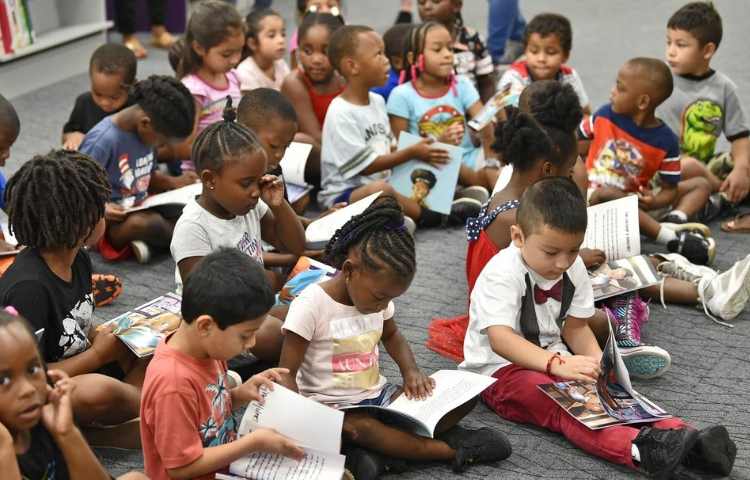 Test results show that children who attended the summer learning program improved on their reading scores.

According to test results released recently by the Sarasota County School District, the 541 students who attended at least half of the summer academic program increased their reading test scores when they returned to school in the fall. Laura Kingsley, Sarasota School District’s chief academic officer, credited the teachers who spent six weeks of their summer break working with children in Sarasota County’s Title I elementary schools, helping them maintain their progress while school was out of session.

“The best things that happen always go back to having the right teacher in place,” Kingsley said.

The academies provide six weeks of summer learning, with math and reading instruction in the morning and field trips to destinations like Mote Marine Laboratory & Aquarium, the Van Wezel Performing Arts Hall or the Sarasota Ballet in the afternoon. The overarching goal is to combat what educators refer to as the “summer slide” — the learning regression that takes place over the summer, especially among children from low-income families. Studies have shown that those children lose as many as two months of reading progress during the summer and can end up years behind their classmates by fifth grade.

Children who attended three weeks or more of the district’s academies increased their reading test scores by an average of 7.6 points, compared to a 0.3 overall improvement among students who did not attend. Those results are particularly impressive, given that the academies pull from the Sarasota County’s low-income communities, said Kirsten Russell, the director of community investment for the Community Foundation of Sarasota County, which provides funding for the program.

“Summer is an expensive time for families. Summer camps and vacations require resources that a lot of families don’t have,” Russell said. “Instead of these children who might not be participating in anything over the summer, they are in a learning environment that also has fun enrichment activities, so they are not losing the gains they made over the school year.”

Deniss Morales’ son Esteban attended the academy at Wilkinson Elementary last summer, and she said the teachers there kept her son reading all summer. Esteban’s highlight was playing the mouse in a production of Dr. Seuss’ “The Gruffalo.”

“He kept telling me about his little one line in the play,” Morales said.

Morales said without the academy, Esteban would have spent most of his summer at his grandma’s house, or she would have had to pay for summer camp.

“The cost of that for all ten weeks of the summer — especially when you have two kids — it gets cost prohibitive,” she said.

In addition to saving parents money and boosting reading scores, the academies also yield results that can’t be quantified, Kingsley said. Every school year brings with it new routines, and teachers spend the first weeks of school teaching children simple activities like hanging up backpacks, lining up for recess or asking to go to the bathroom. Kingsley said students who attend academies learn these processes over the summer, which means less stress when the school year begins.

“Principals have reported that they have fewer tears from kindergartners that have gone to Summer Learning Academy than they ever have before,” Kingsley said. “Guidance counselors are not in classrooms, cajoling crying children who miss their mothers.”

District officials hope the program will ultimately result in higher third-grade reading scores, which are one of the most reliable indicators of a child’s trajectory for future academic success. Last year 68 percent of Sarasota’s third-graders were reading on grade level, a three percentage point decrease from the prior year.

The academies began in 2012 at Alta Vista Elementary School, and the district expanded them to all 11 of the district’s Title I elementary schools last summer. The program will grow next summer as well. Garden Elementary will be hosting an academy for the first time in 2019, 10 of the 11 existing programs will add a grade, and the program’s budget will increase from $1.1 million in 2018 to an anticipated $1.8 million this year and $2.4 million in 2020, according to district spokeswoman Tracey Beeker.

As the district plans for continued expansion, one of the challenges is communicating to families the importance of sticking with the program. This year roughly 1,100 children participated, but just half attended the majority of the sessions.

“Last summer was the first time it was in 11 different schools, and we are still learning so much about how to truly engage families,” Russell said. “We need to educate parents on the benefits and continue to make sure it is a fun environment.”