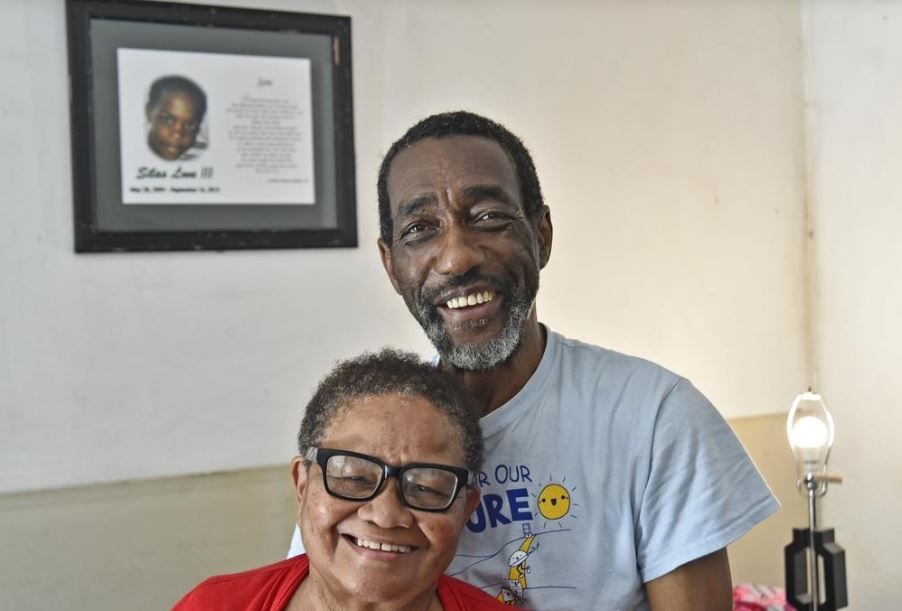 In a small section of Newtown, kids living within half a mile of each other are zoned for eight different elementary schools.

Sarasota County’s seemingly nonsensical school districting is a racial artifact of the past.

“When you look at the map, it doesn’t make any sense. It defies logic,” said Todd Bowden, superintendent of Sarasota County schools.

The zoning jigsaw puzzle is a legacy of the days of court-ordered desegregation, and according to the district, the zones have not been adjusted since then. The county has no record of the exact date they were created.

Schools in Sarasota remained segregated for three years after the U.S. Supreme Court’s Brown v. Board of Education decision in 1954. The NAACP asked the Sarasota County School Board to voluntarily desegregate in 1957, but the board persistently refused until the NAACP filed a desegregation lawsuit in federal court in 1961.

In 1962, the first black students were enrolled in previously all-white Sarasota County schools. The court-ordered desegregation divided Newtown into small insets, which resulted in busing black kids to previously all-white schools that were farther away, and the neighborhood schools closed.

School busing returned to the national spotlight a few weeks ago during a Democratic presidential candidate debate. U.S. Sen. Kamala D. Harris, D-Calif., challenged former Vice President Joe Biden for opposing court-ordered busing in the 1970s, saying that busing decisions should be local decisions — not federal mandates. Last week, Harris softened her stance, saying that federally mandated busing is a tool to be “considered” but implemented only if local governments are “actively opposing integration.” 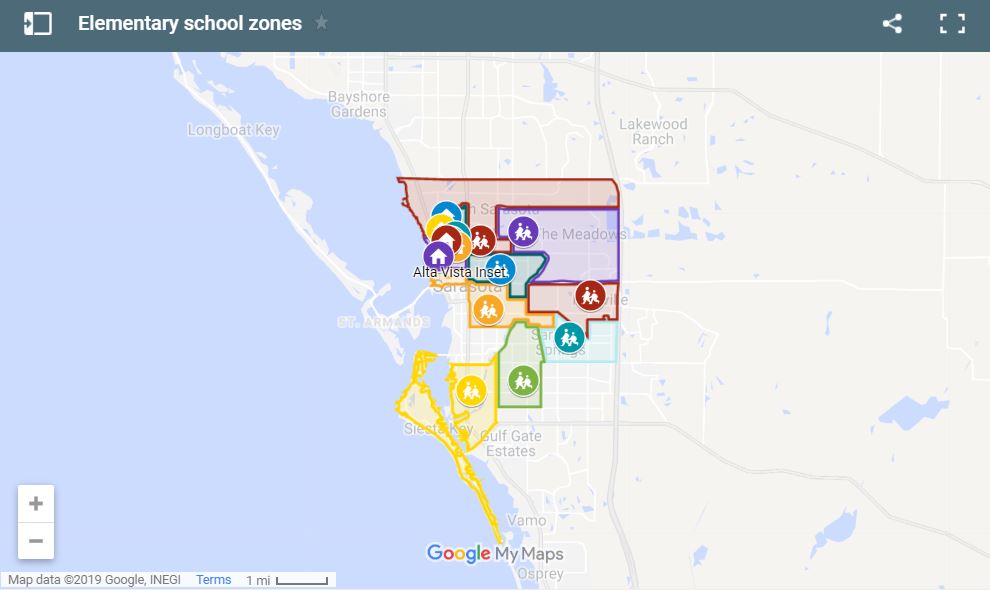 Detractors and supporters
Sarasota School Board member Shirley Brown has been raising the issue of school zoning for the past few years, ultimately to no avail, but said it was still on Bowden’s list of issues to address.

Brown pointed out children in the insets are bused past neighborhood schools that have more resources for children from lower-income areas because of federal Title I funding.

“At our Title I schools, we have the reading coaches, we have the homeschool liaison, now we have the Summer Learning Academies,” Brown said. “Supposedly those little insets were set up before to help these kids, you know, get a leg up, but they, in fact, are getting less services than if they were going to their district.”

School Board member Caroline Zucker, on the other hand, said she is in “full support” of the insets.

“It lets children see other people and other career options than they would get to see in their own community,” Zucker said.

Bowden said that every student deserves an opportunity to excel both academically and personally, and he wants to develop a plan to ensure all students have equal opportunities.

“For students who are transported from one section of town to another, they may be at a disadvantage from others who are able to attend school with their friends in their own community,” Bowden said.

Sarasota community speaks out against busing.
Sabrina Freeman says that the school zoning creates more problems than solutions for her family. She, her two daughters, and six grandchildren all live in Newtown, a few blocks apart. They’re within walking distance of Emma E. Booker Elementary, but the kids are zoned for two different elementary schools.

Two of her grandchildren attend Brookside Middle school, which is about 30 minutes from their home.

“The challenges are if something happens. They’re kids. They fall, they break legs, they break arms,” Freeman said. “It weighs on your mind. I’m at home, and it worries me thinking about how they’re doing in school and hoping that nothing happens. I’m here with no transportation trying to scramble to get them because their mother can’t leave work.”

One of her grandsons, Silas Love III, had an asthma attack at Phillippi Shores Elementary, about 6 miles away from home, and nobody was able to pick him up in time. The school called an ambulance, and later called child protective services because the family wasn’t able to pick him up, his great-grandmother, Phyllis Allen, 77, said. While the family ultimately did not face any repercussions, the authorities’ involvement added stress to an already difficult situation.

“It’s an unnecessary hardship on the family,” Allen said. “It’s important that our children’s caretakers can get to schools to take care of the children.”

Silas died from a subsequent asthma attack about a year later, at nine years old. He would have been 15 this year.

Phyllis Allen said that the Newtown community comes together to take care of each other’s children when the parents or grandparents are unable.

She and her husband, Tommie Allen Sr., 74, have 14 great-grandchildren, and two on the way. They’ve all lived in their great-grandparents’ house at some point.

The couple met when they both attended Booker High School, before court-ordered desegregation and zoning insets.

Parents do have the option to choose what school their child goes to, but if they choose a school outside of their zone, their child will not be able to ride the bus. Their parents would have to drive them, which many are unable to do because of their jobs or a lack of resources.

“I don’t think enough of the parents even know about how to pick a school outside of their district, because that’s not on their radar, something that they’re thinking about planning years in the future,” Brown said. “It’s not just about the summer learning academies. It’s about when there’s muffins or doughnuts with Dad, or when it’s extra help that they provide after school, or when the children have a recognition day, and the parents can’t come in for those things. That’s difficult.”

One of Freeman’s granddaughters attends Emma E. Booker, a school in the neighborhood because her mother filled out paperwork to choose a school outside of the zone.

“She’s less than two blocks from home, and her grades are phenomenal now that she’s close to home,” Freeman said.

But the process to pick what school your children attend is difficult, Freeman said, which is why all of the grandchildren don’t attend schools close to home.

Tenille Johnson’s daughter is bused to Phillippi Shores, about 6 miles from the family home, or a 20-minute drive. The school doesn’t offer a Summer Learning Academy.

“I’ve been trying to get her in summer school since kindergarten, and she’s in third grade now,” Johnson said. “They try to kick her back every year, and if she had summer school, she wouldn’t be getting left behind.”

Guilda Langston is the clinic attendant/health aide at Phillippi Shores and has worked there for 33 years. She said she sees what the zoning in Newtown does to students and families, and it’s “just not fair.”

“Parents don’t have transportation to get out. Schools should be closer to their homes, and they would have the parent involvement,” Langston said.

Dusty French, principal of Fruitville Elementary, said it’s hard for some parents to get to school and be involved.

“I can only speak for my school; we will do whatever we need to, to get them here,” French said. “We go out to them. I have provided Ubers, taxis and whatever else, or bus passes. The lack of involvement is not usually on the willingness of families.”

Bowden said he wants to work with the School Board and local and state governments to review and assess data and develop the right plan that places all students on an “equal playing field.” One possibility is allowing families to choose whether they want to attend their zoned school or their neighborhood school, and provide transportation for both options.

“This is a conversation best led by the community — what do they want?” Bowden said.

This story comes from Aspirations Journalism, an initiative of The Patterson Foundation and Sarasota Herald-Tribune to inform, inspire, and engage the community to take action on issues related to Age-Friendly Sarasota, Suncoast Campaign for Grade-Level Reading, National Council on Aging and the Suncoast Nursing Action Coalition.