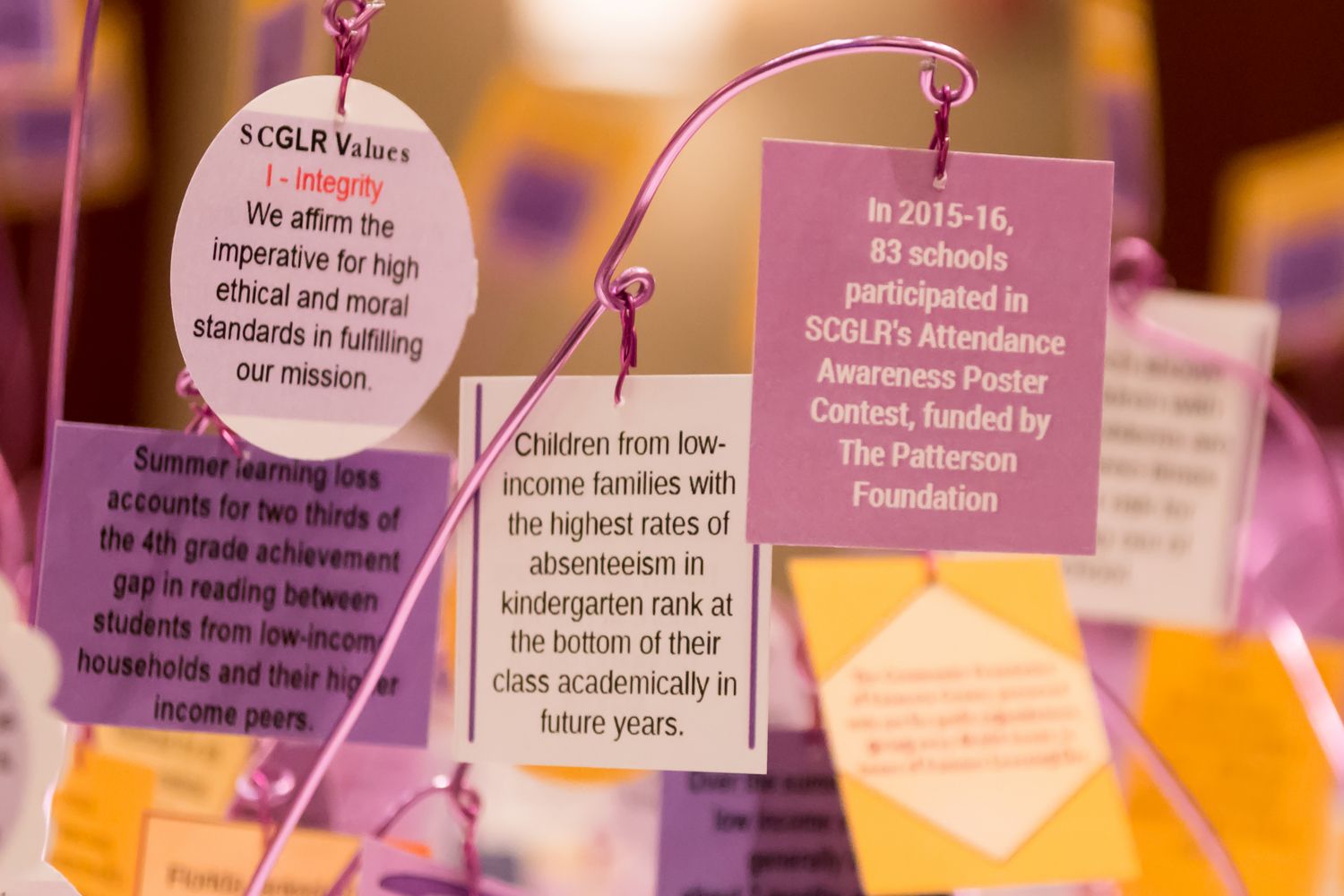 When the Suncoast Campaign for Grade Level Reading says, “Come on over for breakfast,” we attract a crowd.  On Thursday morning, more than 200 passionaries, possibilitarians, keepers of the library treasure chest, and other friends gathered at the Hyatt, clickers in hand, to show enthusiasm for and dedication to the Campaign. If you want to know what “possibilitarians” and the others mean, come join the Campaign (more about that later).

Beth Duda, director of the Campaign, John Annis, Senior VP at the Community Foundation of Sarasota County, and Bronwyn Beightol, COO of the United Way of Manatee County, imparted statistics with passion. Some facts that show we are on our way to ensuring that all children read at grade level by the end of third grade are:

Two things were said that stuck with me throughout the morning. Bronwyn Beightol quoted Maya Angelou who said “Do the best you can until you know better. Then when you know better, do better.” I think she means do something, anything, and while you are doing it, learn to do it better. Debra Jacobs closed the breakfast reminding us all that we have only just begun and it is never too late to get involved. She was saying that, just because this movement has already started, don’t think it’s too late to bring your ideas — help us know better, so we can to do better. Once you sign on, you’ll learn so much about passionaries, possibilitarians, and keepers of the library treasure chest that you’ll want to become one of these. Or perhaps you’ll bring your own special talent and we’ll have to come up with a word just for you. Oh, and you’ll get a clicker.