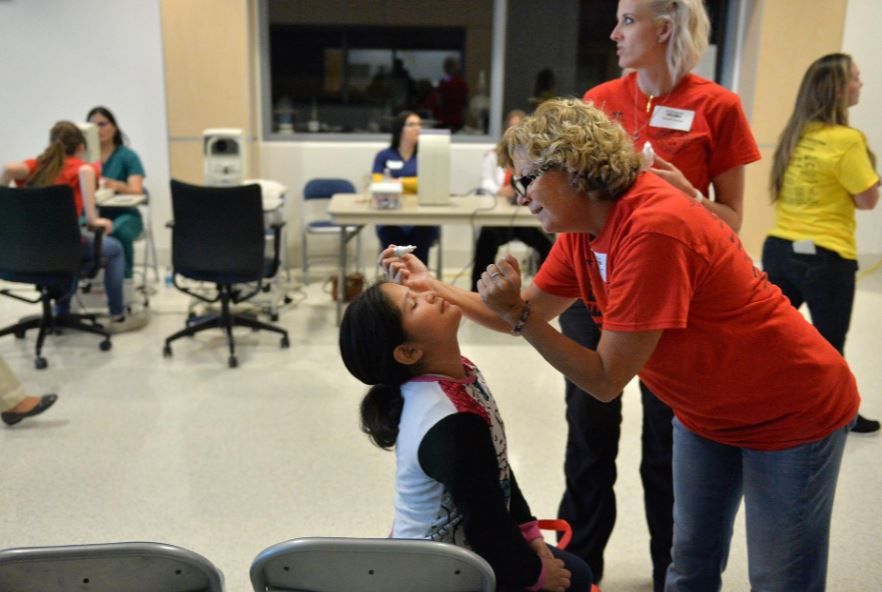 Number of Uninsured Children Rises for First Time in a Decade

Florida has the second highest number of uninsured children in the country.

Crawling after learning to walk may be unusual behavior, but it’s what you could say is happening with children’s health insurance rates nationwide.

The steady progress those rates enjoyed for the past ten years brought numbers to a historic low of 4.7 percent of children uninsured in 2016.

But for the first time in ten years, that ticked upward to 5 percent in 2017, leaving a little more than 3.9 million children without coverage, according to an annual state-by-state analysis of children’s health coverage by the Georgetown University Center for Children and Families.

“While this may not seem like a huge change, these increases are unprecedented when examining this for the last decade,” said Joan Alker, lead author of the report and executive director of the Center. “More troubling is that it increased during a time of economic strength when one would expect the uninsured rate to go down.”

Research routinely reveals children’s access to health insurance has impacts beyond life-saving immunizations and prescriptions. When kids are sick, they miss out on more school days, increasing chances of falling behind and not graduating on time. Kids with coverage are also more likely to have better economic outcomes, creating more opportunity for them to grow into productive adults.

While more children nationwide were covered by employer-sponsored insurance in 2017, those numbers were not enough to offset the number of children who lost coverage overall.

Most of those who did were enrolled in marketplaces, and state and federally funded Medicaid and the Children’s Health Insurance Program (CHIP) programs designed to serve lower-income families.

Other states where most children without health insurance live are Florida, Georgia, and California.

“I’ve written this for eight years, and I found it even more notable that no state, except for the District of Columbia, saw any progress in reducing the number of uninsured children in 2017,” Alker said.

Three-quarters of children who lost coverage live in states that have not expanded Medicaid coverage to parents and other low-income adults.

That includes Florida, which is second only to Texas for the highest number of uninsured children in the country. In 2017, Florida had 7.3 percent of children uninsured, adding 37,000 more children to the uninsured over the course of one year.

Since the majority of children who are uninsured are eligible for Medicaid or CHIP coverage, Alker said the reversal in progress may be due to confusion and uncertainty surrounding access.

In 2017, “Repeal and replace” became a catchphrase at the top of the new administration’s to-do list, while cuts in Medicaid and a delay by Congress to renew CHIP allowed its funding to lapse until early the next year.

Although the Affordable Care Act wasn’t ultimately repealed, its individual mandate was removed, and the Trump administration undermined ACA Marketplaces by shortening the open enrollment period and cutting back on funding for outreach and navigators who connect families with programs.

One-quarter of children nationwide have a parent who is an immigrant. Because immigrant communities are being targeted for possible deportation, parents are deterred from contacting any governmental agency, despite the fact that most of their children are U.S. citizens.

With the added weight of states possibly adopting work requirements to receive Medicaid benefits and the proposed changes to the public charge rule, which would penalize immigrants seeking permanent status for using certain public benefits, Alker expects the numbers of uninsured children to increase.

“Without serious efforts, the decline is likely to continue in 2018 and may get worse for America’s children,” she said.

The number one action that could remedy the increase of uninsured children is for states to expand Medicaid to include low-income parents because “we know that when parents have a coverage option, children are more likely to get covered too,” she said.

A solution for mixed-status families is a “tougher nut to crack,” she added.

A copy of the report can be found at ccf.georgetown.edu.