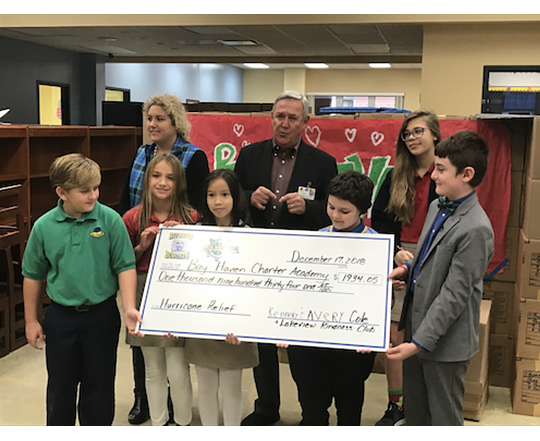 Fourth-Grade Twins Journey to the Panhandle After Hurricane Michael

Editor’s Note: Fourth-grade twins Kennedy and Avery Cole raised money for Bay Haven Charter Academy in Panama City after learning about the devastation caused by Hurricane Michael. Kennedy shares his perspective about their adventure to the panhandle and what inspired him. Following Kennedy’s blog is a visual montage created by Avery with captions that lead each of us through their journey. 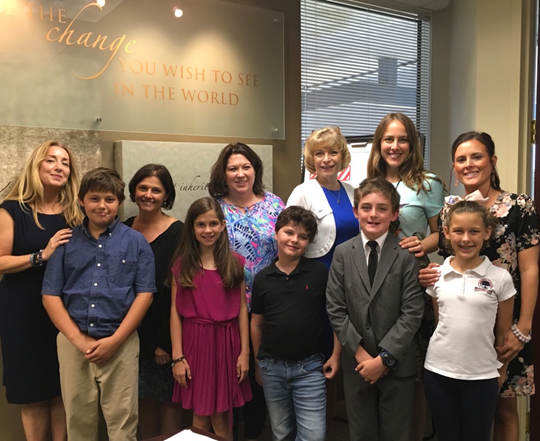 Earlier this year, I participated in “Take your child to work Day” at The Patterson Foundation. We learned a lot about how people can help each other by sharing their time, talents, and treasure. My brother and I donated $25 each during the giving challenge run by the Community Foundation of Sarasota County. The Patterson Foundation matched our donation, so instead of giving a total of $50, we gave $100. When you combined our donations with all the other people who gave money on that day, we all gave 11.7 million dollars. I think that really helped me realize the importance of giving back.

When we watched the news in October and saw all the damage caused by Hurricane Michael in the Panhandle, I knew we had to do something to help. My brother and I worked with The Kindness Club at our school, Lakeview Elementary, to raise money for Bay Haven Charter Academy in Panama City. We trick or treated for them and had a Go Fund Me page. We were able to raise $1,934.05 for the school. My mom and godmother arranged for us to visit the school to deliver the money and see the recovery efforts. I was really looking forward to meeting the Principal of the school, Mr. Larry Bolinger, and hearing about what the school has been going through. When we arrived in Panama City, we were really surprised to see all the damage not only at the school but everywhere.

The school had a lot of damage. The floors didn’t have any carpets because they had all flooded. Boxes were piled up in the library because they lost a lot of books because of water damage. Even the gym floor had to be totally torn up. There were tarps on the roof waiting for more permanent repairs. Mr. Bolinger showed us places on the campus that used to have trees before they blew down. He told us that some of the brick walls had blown down because the wind was so strong.

The students we met were fourth graders like us. They had been through a lot over the past couple of months. Some of them can’t live in their houses anymore and are staying in hotel rooms until other arrangements can be made. One girl told us the hotel her family is in is two hours away from the school. They make that trip every day so she can be with her friends.

Seeing all the damage and hearing how hard it is to deal with all the inconveniences caused by the hurricane made me realize how lucky I am. I’m grateful Sarasota hasn’t had a direct hit from a hurricane and very grateful we were able to help the people who are faced with a whole lot of challenges because of Hurricane Michael.

“A local TV station came to interview me and Kennedy when we visited Bay Haven Charter Academy. I was very happy that more people would know that we really care.” Avery Cole