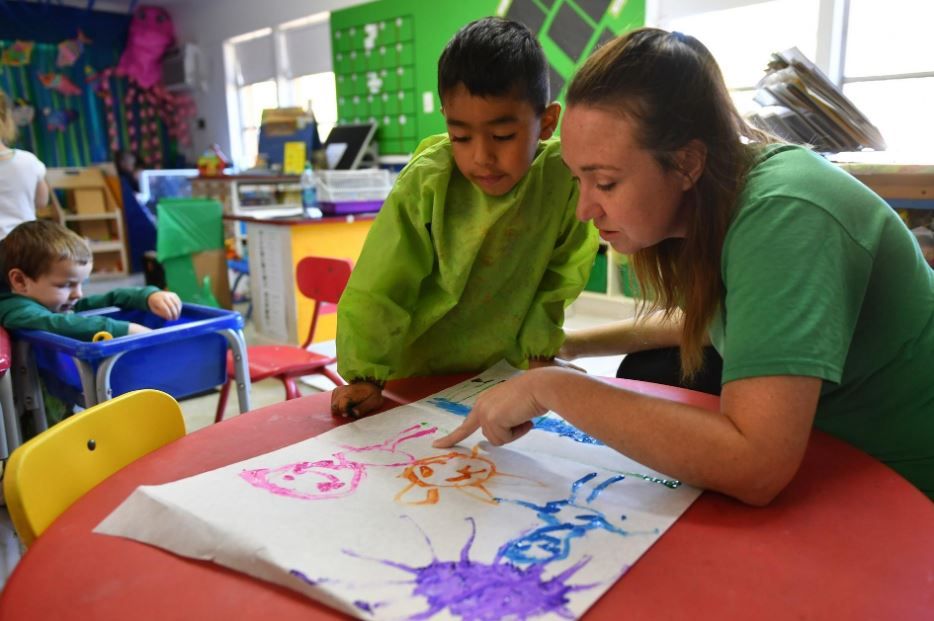 Early-Learning Advocates Hoping for a New Assessment of Florida VPK

The number of voluntary prekindergarten providers not meeting the state’s minimum threshold has spiked. Early-learning advocates believe the problem lies with the test, not the providers, and they are hopeful lawmakers will address the issue in 2019.

Last spring, parents of young children in Florida received disturbing news: More than 40 percent of the state’s voluntary prekindergarten providers were failing to prepare their students for kindergarten, based on the results of a new state-mandated test.

In Sarasota, 39 percent of VPK providers missed the new standard, and in Manatee, 58 percent of providers failed.

The results immediately raised questions about the validity of the test. Were VPK providers as ineffective as the results seemed to indicate, or was the computer-based test — which most children take months after VPK has ended — a flawed way of determining a provider’s quality?

Many early-learning advocates believe the test is flawed and hope state lawmakers figure out a better way to rate VPK providers when the Legislature convenes next spring.

“That’s one of the top priorities for our association,” said Saralyn Grass, the executive director of the Association of Early-Learning Coalitions. “We want to make sure that a valid measurement of student gains is used.”

Currently, thousands of VPK providers in the state are preparing 4-year-old children for the Star Early Literacy assessment, a test kindergarten students will take next fall. If fewer than 60 percent of a VPK program’s “alumni” pass the test, that VPK program will be placed on probation. Providers were held harmless for the results for the last two years.

Pressure to address the current method was building, even before the 2017-18 scores were released. In 2017, lawmakers established a Committee for Early Grade Success, charged with creating recommendations on how to create a “coordinated child assessment system.”

The committee recommended the state procure an “observation-based” assessment to “measure growth.” Both of those requirements run counter to the Star assessment, which provides just one data point that does not measure how much progress a child may have made in VPK. Rep. Erin Grall, R-Vero Beach, served as vice-chair of the committee. Grall, who did not respond to interview requests, already successfully incorporated some of the committee’s recommendations in legislation she wrote last year, but the committee’s report was not made public until a month before the 2018 legislative session began, so most of the recommendations are yet to be implemented.

Along with the committee’s recommendations, the Florida Association for the Education of Young Children (FLAEYC) released a statement in July, calling for the state to abandon the Star assessment. FLAEYC’s main objections were that the test is administered months after VPK has ended, it does not measure how much a child improved during their time in VPK, and it is reliant on a child being comfortable using computer technology to take the test. The statement was co-signed by the United Way of Florida, Florida Head Start Association, The Children’s Forum, the Florida Association for Child Care Management, the Florida Family Child Care Home Association, and the Children’s Movement of Florida.

If lawmakers decided to change the assessment tool, that could mean the state’s Department of Education would need to go through the procurement process of finding a new test vendor, said Cynthia Sucher, spokeswoman for the Office of Early Learning. Sucher said finding a new vendor typically takes a couple of years, and once the new system is in place, it takes two to three years for providers to acclimate. This year was the first time since 2014 that the state has released rates, because of the drawn-out process.

“It’s really the third year that you have a true readiness rate,” she said.

Brittany Birken, the strategy officer for the Lastinger Center for Learning at the University of Florida’s College of Education, served on the Committee for Early Grade Success. She said the discussion focused on developing a long-term solution, even if it meant disrupting the status quo.

“There were a lot of concerns that were expressed by VPK providers, and I think that there is an awareness that this is something that needs to be revisited,” Birken said.

Birken said the decision made years ago to link readiness rates to how well a child scored on the screening was based more on convenience than anything else. The kids were already taking the screening, Birken said, so lawmakers figured why not use those scores to rate the effectiveness of their VPK provider?